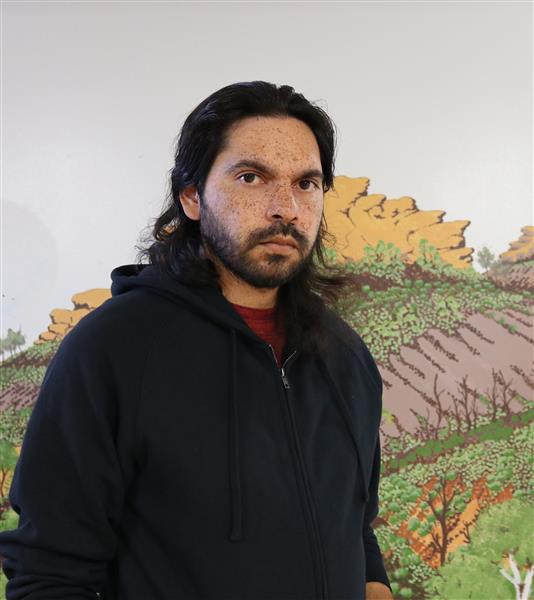 Beaver began painting for the Ceduna Aboriginal Arts and Culture Centre in 2005. His earlier paintings were influenced by his grandmother's Dreaming stories of the Bunda Cliffs along the Great Australian Bight in South Australia, including images of whales and ocean themes. He is now more influenced by his grandfather's Dreaming of Malu Tjuta (many kangaroos) and some of his paintings include depictions of kangaroos within vast open landscapes. Beaver also paints portraits its and in 2008, after a workshop with Siv Grava and John Turpie, he completed My Jammu, My Grandfather, a portrait of Stanley Lennon.

Beaver paints in a realistic style and his landscapes capture the distinctive open skies and vast expanses of country with an extraordinary degree of depth, inviting the viewer to step into his world.

He favours the effects of early morning or late afternoon light with romantic skies of rolling clouds that reflect the colours found underfoot. Through astute observational recordings he maps out his deep connection to country.

All Paintings by Beaver Lennon